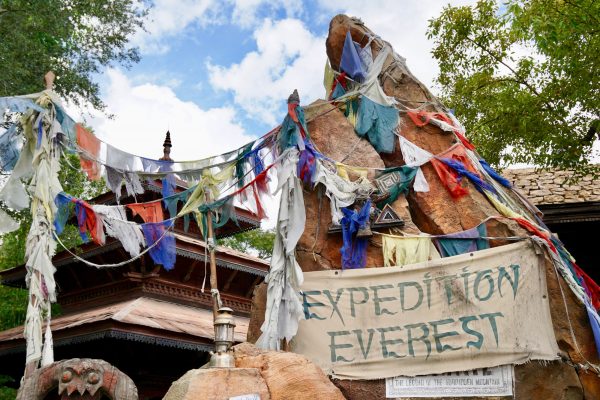 Disney World’s Animal Kingdom is a zoological theme park with a focus on animal conservation and the natural environment.  The park opened in 1998 and now hosts over 12 million guests per year. With around 580 acres, Animal Kingdom holds the title as the largest theme park in the world. But what’s truly unique about this park is how it combines hundreds of species of live animals with dozens of more traditional theme park rides and attractions. So what are the best rides at Animal Kingdom? Below we rank the top 5 best Animal Kingdom rides so you’ll know which attractions to prioritize on your next Disney World vacation.

Animal Kingdom Rides and Attractions at a Glance

The 7 Themed Areas of Animal Kingdom

The Tree of Life is a 145-foot artificial baobab tree and is Animal Kingdom’s most iconic feature.

Here is a map of Animal Kingdom to give you some perspective on how the park is laid out:

There are currently 41 rides and attractions at Disney’s Animal Kingdom theme park.

Note that certain Animal Kingdom rides have a minimum height requirement but the majority of the attractions are appropriate for all ages.

Here is a breakdown of the Animal Kingdom rides by themed area (or land):

Pandora- The World of Avatar 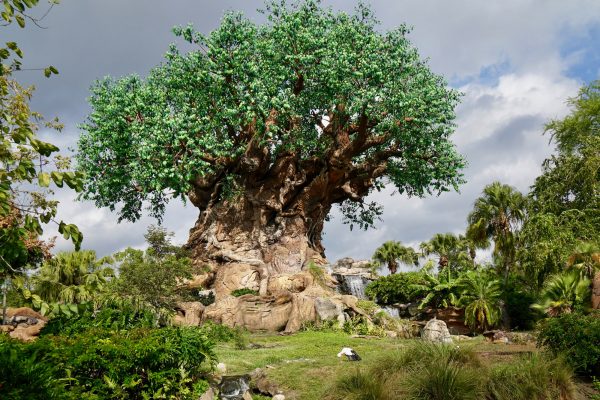 It’s unlikely that you will be able to experience all – or even most – of Animal Kingdom rides and attractions in a single day. After all, there’s over 40 in total and just about all of them have lines (no matter what time of the year you visit). With this in mind, then it makes sense to make the best Animal Kingdom rides your top priority so you don’t miss out on the fun.

You may find it helpful to visit our Disney Crowd Calendar and Strategies to Avoid Lines pages to discover the best ways to avoid the crowds.

As far as FastPass goes at Animal Kingdom, each guest is entitled to at least 3 FastPass+ selections per day like any other Disney World theme park.  FastPass+ allows you to skip the lines at a particular attraction of your choosing so it is important to take advantage of this perk.

Since some attractions are more popular than others, you should focus on making your FastPass reservations for the most popular rides and as soon as you are able (up to 60 days in advance of check-in at a Disney resort, or 30 days for guests staying at a non-Disney hotel).

We would recommend you select Avatar Flight of Passage as your top priority Tier 1 FastPass+ and head straight to Na’vi River Journey right as the gates open in the morning.

When making your advance FastPass reservations, you will be able to reserve two rides or attractions (or three if you opt out of a Tier 1 attraction). The ten Tier 2 attractions are:

Based on expected wait times, we would recommend you select Kilimanjaro Safaris and Expedition Everest as your highest priority Tier 2 FastPasses, and then DINOSAUR and Kali River Rapids as the next couple you may want to consider.

#5 – Festival of the Lion King

We start our list of best Animal Kingdom rides with….a stage show. Yes, we are cheating a little since Festival of the Lion King isn’t a ride.  However, we just had to include this one because we feel that no guest should overlook Animal Kingdom’s most popular live show.

Festival of the Lion King explodes to life with an array of amazing acting, incredible music, awe-inspiring athleticism, and creative set design. The 30-minute celebration features a variety of entertainment including live music from Disney’s The Lion King’s and a whirlwind of colors and costumes. The highly talented cast includes singers, dancers, stilt walkers, and trampoline acrobatics (performed by the Tumble Monkeys) with pounding beats as the accompaniment. The moving stages and Audio-animatronic add to the spectacle, all topped off with an emotional rendition of the “Circle of Life” as the finale.

We voted Festival of the Lion King as #1 on our Best Live Stows at Disney World list for good reason. And if you have time for another Animal Kingdom stage show, be sure to check out Finding Nemo. Both shows are not to be missed!

One of our favorite Animal Kingdom rides is DINOSAUR because it combines action-packed fun with stunning visual effects.

The plot of this motion simulator track ride takes you back to the age of the dinosaur. It’s your mission to haul a 3.5-ton Iguanadon back to the present day. But in order to complete the task, you must dart around fearsome predators, catch the dinosaur, and get out before a giant meteor wipes you out!

DINOSAUR is a frantic, dark, and unpredictable ride. It’s filled with bumps, speedy hairpin turns, and close calls. The high-tech visual effects are some of Disney’s finest!

But while the ride is sure to be a hit with most guests, the speed, sounds, and scary predators may be too much for some children.

Kilimanjaro Safaris is Animal Kingdom’s most quintessential ride. If there is one attraction that is an absolute must, then this is probably it. After all, who’d want to visit Animal Kingdom without seeing any animals?

The ride starts with boarding an open-air vehicle and finding a seat. Then you begin a journey that lets you experience a guided tour of Animal Kingdom’s majestic African savanna. You’ll have a chance to get up close to live animals roaming free. But don’t worry- they aren’t close enough to bite!

The ride takes you through Harambe Wildlife Reserve, a 110-acre landscape of forests, rocky wetlands, and tranquil open plains. Your guide will point out the 34 species of animals that reside here while also sharing interesting wildlife facts throughout the journey.

As we stated before, no Animal Kingdom visit would be complete without experiencing Kilimanjaro Safaris. Be sure to book your FastPass+ early.

Whatever you do, don’t miss this ride and bring your camera!

Along with Na’vi River Journey, Avatar Flight of Passage is one of Disney’s newest attractions and one of the most popular FastPass choices. We picked Flight of Passage as #2 because it’s just such an amazing experience.

The ride opened in 2017 and is located within Pandora – The World of Avatar area and is based on James Cameron’s Avatar film.

Avatar Flight of Passage is a 3D flying simulator attraction set in the Avatar universe. The ride is often described as a nice combination of Soarin’ and Star Tours and is one of Disney’s most technologically-advanced rides of all-time.

Guests hop aboard the back a powerful mountain Banshee in preparation to soar across Pandora’s landscape, Humans and Na’vi seek to restore the banshee population to back to natural levels, and you, as part of the avatar program, are linked with an avatar to fly on an Ikran (or “Banshee”) in this Na’vi’s tribal rite-of-passage.  This thrilling expedition takes you for an up-close view of the moon’s landscape.

The flying effects of Flight of Passage are superb.  Guests are able to turn their head in nearly any direction – up, down, and side to side – to survey the Pandora landscape as you fly. We can see why this ride gets so much attention!

So, what is the best ride at Animal Kingdom? We think the answer is Exhibition Everest.

Most people love a good roller coaster. Fortunately, Disney World has many great ones, and Exhibition Everest – Legend of the Forbidden Mountain ranks among Disney’s best.

Located in the Asia section of Animal Kingdom, Exhibition Everest is appropriately located at the base of “Mount Everest” in a “Tibetan village.” Here you will board a train and then head straight up toward the 200-foot mountain peak. But be warned: a legendary snow monster makes his home deep inside the mountain and he doesn’t like visitors!

After the steep climb, then your train begins its rapid descent as you hurdle back down the mountain and into a dark cave. Next, you’ll happen upon some broken train tracks, at which time the train reverses course and plummets backward into the darkness.

Soon the shadow of a gigantic (and angry) snow beast appears before your eyes! He roars and the train races away before the Yeti makes a meal out of you.

The scenery is this attraction is spectacular. If you have a chance to go on this ride at nighttime, you’ll be rewarded with a dazzling experience.

Exhibition Everest is also a relatively smooth ride as opposed to many coasters (which jostle you around). However, the attraction may be on the scary-side for children because of the frightening visual effects, loud noises, speeds, darkness, and drops.

For anyone brave enough to board this frantic train, then you’ll be rewarded with 3.5 minutes of fast-paced pleasure.

Enjoy your trip to Animal Kingdom!

And if you need help planning and booking your magical Walt Disney World vacation, then please contact our friends at The Vacationeer for a free quote. Their services are always helpful and totally free of charge!

Thanks for reading and we hope you have a magical Walt Disney World vacation!