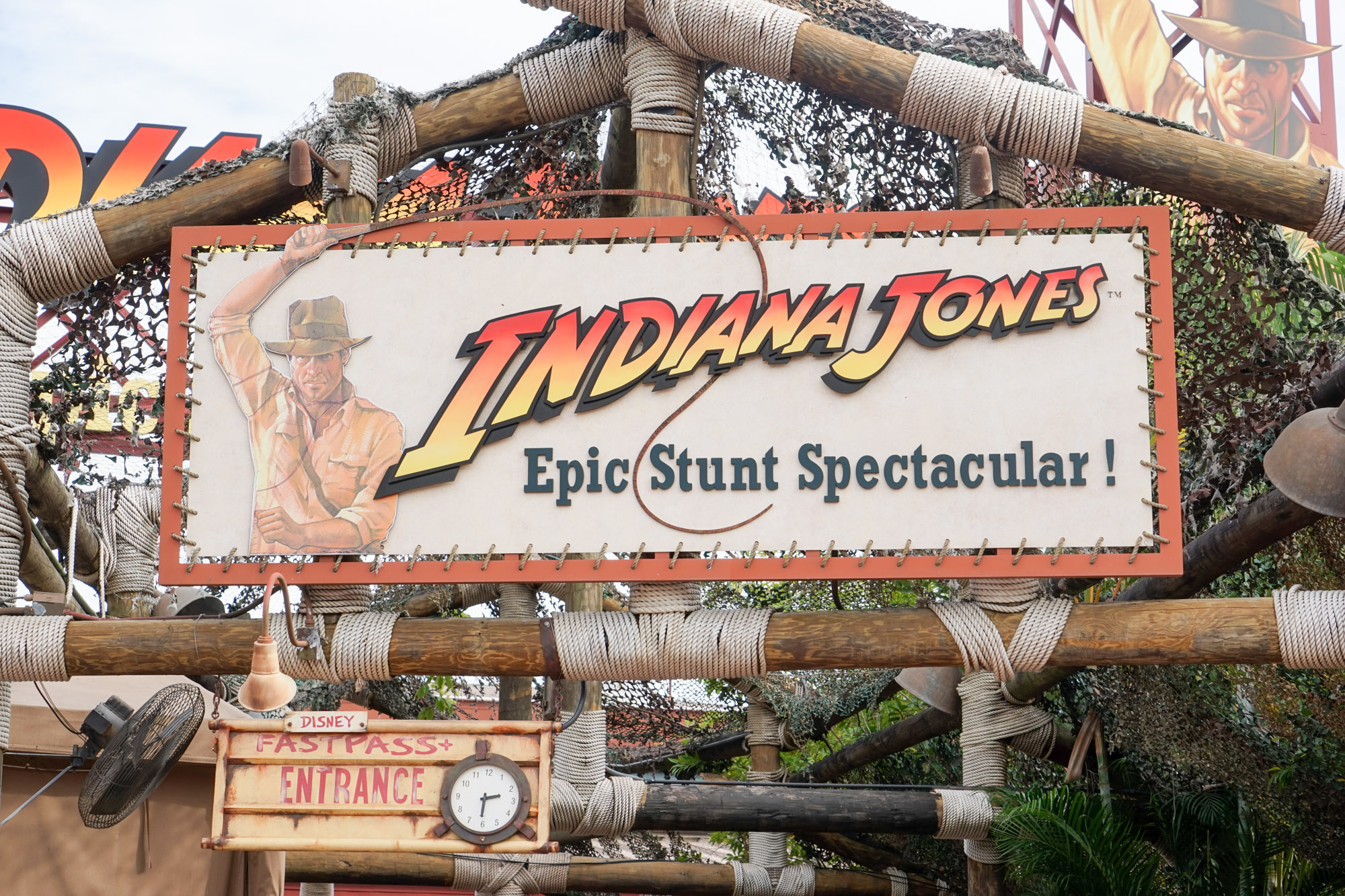 Theater productions play a major role in Disney World Resort’s entertainment offerings. You will find small-scale shows throughout the park, but Disney also hosts a number of larger-scale theatrical stage shows and musicals at its theme parks (especially in Hollywood Studios and Animal Kingdom). Most of these performances are appropriate for all ages and are free with park admission. These original shows feature highly talented actors, singers, dancers, and a mix of new and classic Disney characters. The costuming and set designs are as impressive as the choreography, music, and story-lines of these theatrical performances.

If you are looking for a one-of-a-kind, magical, and purely Disney experience, look no further than this list of larger-scale theater productions and musicals. Note that we will be focusing on the stage shows and musicals that are included with park admission instead of the ones that are ticket separately. Now let’s reviews some of the best stage shows at Disney World so you will know which ones to head for.

1. Festival of the Lion King

The Festival of the Lion King is an uplifting celebration of Simba, the main character in Disney’s classic film The Lion King. If you are a fan of The Lion King and its memorizing musical score – especially the 1994 Academy Awards winning song “Can You Feel The Love Tonight” – you don’t want to miss this lively Broadway-style musical!

Along with live performances of your favorite Lion King tunes, the show also features a fast-paced array of live aerials, acrobatics, stunts, dancing, fire twirling, and character performances.  Audience participation is highly encouraged and the show is enjoyable for guests of all ages.

The Festival of the Lion King takes place in the enchanting Harambe Village section of Animal Kingdom. Performances are conveniently scheduled at various times throughout the day. Ticket and FastPasses are not required; simply get your spot in line about 30 minutes before the next showtime and you should be good to go.

In our opinion, Finding Nemo – The Musical ranks up there with The Festival of the Lion King as the best live stage show/musical at Disney World.  And like its counterpart, performances of Finding Nemo are held in Disney’s Animal Kingdom theme park. Just head to the Theater in the Wild (DinoLand U.S.A) at least 25-30 minutes before showtime and you should be seated without a problem.

This 35-minute live musical is based on the beloved Disney·Pixar’s animated film Finding Nemo (2003). The stage show is performed six times daily and its 14 original musical numbers take direct inspiration from lines in the film, including “Go With the Flow,” “Just Keep Swimming,” “In The Big Blue World”, and “Fish Are Friends, Not Food.” Disney tapped Tony Award-winning director Peter Brosius and production/puppet designer Michael Curry (who designed puppets for the stage version of The Lion King, as well as Epcot’s Tapestry of Nations parade and Tales of Beedle the Bard) to create this magical production.

Like The Festival of the Lion King, no tickets or FastPasses are required for this show. The songs, cast, puppetry and digital backdrops of Finding Nemo – The Musical are captivating and magical. This stage show is one-of-a-kind and not to be missed!

If you are a fan of the classic Disney movie Beauty and the Beast – or its Broadway musical version – then you will not want to miss this enjoyable live stage show re-creation at Hollywood Studios. Beauty and the Beast – Live on Stage uses artistic set design, costuming, and choreographed dancing to immerse you in the world of Belle and the Beast. The Broadway-style musical showcases an array of enchanting songs from the movie.  Guests a free to sing along with their favorite characters so bring your A-game!

Beauty and the Beast – Live On Stage is included (free) with park admission. The show is brief (no more than 25 minutes) and plays several times throughout the day. Get in line early and secure your seat up near the front row.

4. For the First Time in Forever: A Frozen Sing-Along Celebration

For the First Time in Forever: A Frozen Sing-Along Celebration is a musical stage show in Disney’s Hollywood Studios. The show is based on the 2013 animated Disney movie Frozen and features songs from the film.

First Time in Forever is essentially a 25-minute retelling of Frozen’s plot with Anna, Elsa, and other favorite characters from the movie appearing on stage. The most enjoyable moment comes when cast members encourage the entire audience to sing along to “Let it Go.” Not surprisingly, most people know the word by heart and enthusiastically join in the chorus.

The show is currently located at the Hyperion Theater in Echo Lake. It runs on the hour throughout the day so FastPass+ should not be necessary. For the First Time in Forever is appropriate for all ages and is included with park admission.

Debuting all the way back in 1989,  Indiana Jones Epic Stunt Spectacular is one of Disney World’s oldest stage shows. The live stage performance is based on the wildly successful Indiana Jones film franchise and includes live reenactment scenes and stunts from the franchise’s first film, Raiders of the Lost Ark.  This live-action show was even produced by George Lucas himself!

The show may seem a bit dated (and your kids may not even know who Indiana Jones is!).  However, it’s action-packed, the stunts are daring, the explosions are fiery,  and adults will feel nostalgic as they hearken back to watching Indiana Jones movies in their youth.  There is so much to love about this particular show that it never seems to get old or go out of style and kids love it just as much as the adults.  Indiana Jones Epic Stunt Spectacular is a lot of fun and audience members (18+) are even brought on stage as extras. What’s not to love?

Disney World’s version of the popular live stage show Fantasmic! opened in 1998 and has long since been a Disney favorite.  This nighttime spectacular takes place at the Hollywood Hills Amphitheater (nearly 7000 seats!) and is chock full of Disney magic.

The storyline takes you into the imagination of Micky Mouse and features a great musical score, pyrotechnics, lasers, water screens, floating barges, and dozens of other Disney characters. In total, there are over 40 actors performing during this 25 minute Hollywood Studios show. Be warned: guests in the front rows are bound to get wet!

Fantasmic! hasn’t really been updated since its opening over 20 years ago. However, it really doesn’t matter because Fantasmic! is still spectacular as it is.  This is a must-see nighttime show to cap off your day at Hollywood Studios.

If you are looking for a unique way to enjoy the performance, consider booking the Fantasmic! Dining Package. This VIP experience gives you the chance to dine at one of 3 select Hollywood Studios restaurants, and then avoid the long lines and head straight to your reserved seating at the show.

Mickey’s Royal Friendship Faire is now the only major stage show at Magic Kingdom to feature Mickey Mouse. Opening in the summer of 2016, this entertaining live outdoor show is performed right on Cinderella Castle Forecourt Stage. The stage is elevated so you should be able to view the show from most areas around Main Street USA’s Central Plaza.

Mickey, Minnie, Goofy, Donald, and Daisy are joined onstage by characters from Frozen, Tangled, and Princess and the Frog.  It’s an entertaining 22-minute show with a catchy musical score from popular Disney films. Unlike many other shows on the list, Mickey’s Royal Friendship Faire doesn’t have a flashy hi-tech set with pyrotechnics and lasers. However, this show is quite possibly the most Disneyesque stage show in all of Walt Disney World because of its iconic setting and list of classic (and new) Disney characters.

We hope that you have found our Best Stage Shows at Disney World page helpful as you choose which live performances to experience at the theme parks. If you need help planning your trip to Walt Disney World, please contact our friends at The Vacationeer to assist you with your trip. They are here to help you plan the most magical Disney vacation possible.